Every time Dadarao Bilhore spots a pothole on the road, he stops. Using his bare hands, he fills it up with broken paver blacks and debris from construction sites that he collects. 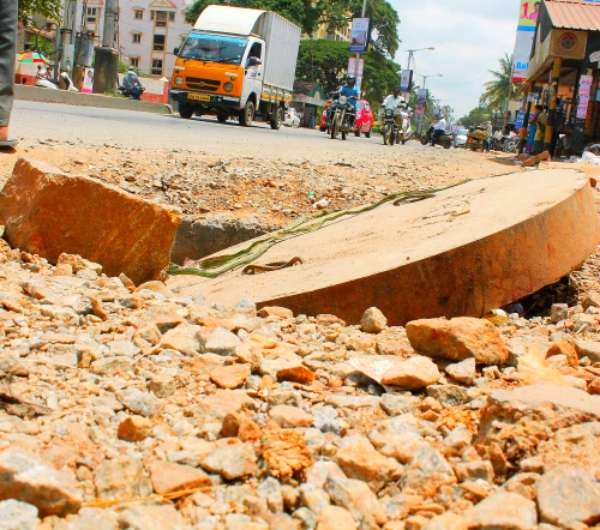 And then he stomps on it to level the pothole. Once the job is done, he carries on, keeping his eyes peeled for the next spot that could put motorists, especially two-wheeler riders, in trouble.

Bilhore does not suffer from any obsessive compulsive disorder.

Filling up potholes is his way of paying tribute to his 16-year-old son, Prakash, whom he lost to carelessness of civic officials and a private company who dug up the Jogeshwari-Vikhroli Link Road (JVLR) for some construction work and didn’t cover the pothole.

On July 28 last year, Prakash, riding pillion with his cousin Ram, was returning after completing admission formalities at Navjeevan Education Society’s Polytechnic College in Bhandup when their bike hit the pothole which was submerged under water after a sharp spell of rain. The bike tipped over and both Prakash and his cousin were tossed in the air. Prakash landed on his face and bled from his ears, nose and mouth all the way to the hospital. At Holy Spirit Hospital, he was pronounced dead on arrival.

“My son would not have wanted this to happen to anyone else. He was a very good boy, smart, intelligent and full of life. I will continue my fight to ensure that the people whose negligence led to his death are punished. But I don’t want others to suffer like I did. I want to make our streets safer,” says the 46-year-old. Over the past month or so, Bilhore has already filled up a dozen potholes –and in the process may have saved several limbs and lives. 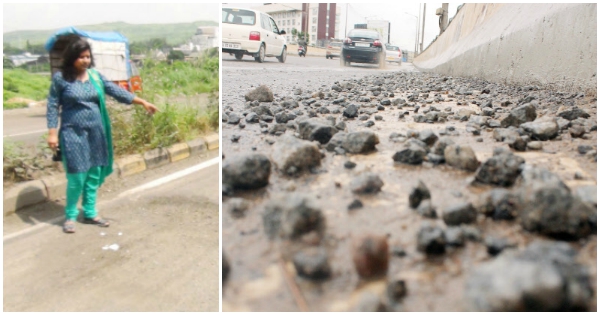 Bilhore sells vegetables for a living in Marol’s Vijayanagar area. He worked day and night – rising from selling veggies by the wayside to owning astall opposite the posh Kanakia Rainforest society on Marol-Maroshi Road – and put his children through school. And Prakash held a lot of promise for the family; he was the first one in the family to have studied in an English-medium school. But the accident of July 28 changed everything. “At home, we hide our tears because we don’t want our daughter to get upset. It’s like all the happiness has disappeared from our lives. Relatives stopped coming home because they don’t know what to say to us, who to talk about,” said Ram.

“They saw me and started to cry.”

Last September, all of Prakash’s friends had come to his home to celebrate their classmate’s 17th birthday. “They saw me and started to cry. I sat them down and told them that they are all ‘Prakash’ to me. I told them they must move on and fulfil their dreams, just like Prakash dreamt of becoming an engineer. I can console my family, but who will console me,” he asked, tears rolling down his cheeks.

The accident was a life-changing one for Prakash’s cousin, Ram, who survived the fall and had to get stitches for his head injury. Last year, he rescued a man from coming under the wheels of a truck after his bike tripped on a broken paver block.  Bilhore’s missionary zeal has transformed others too. Earlier, the area residents would just watch him go about his work. But inspired by his dedication, they join him readily, handing him paver blocks to fill up the potholes. Others even provide him with sacks to collect debris. “We used to watch him do the work single-handedly. Now we try to do our own bit as well,” said Swapnil Mhatre, a resident of the area.

It’s been six months since Prakash died, but Bilhore is still waiting for justice. The FIR, filed under sections 304A (causing death due to negligence) and section 338 (causing grievous hurt by act endangering life) of the Indian Penal Code, states that the crater that caused the accident was dug up due to some construction work. It was full of water and no barricades or signs had been installed as a warning. “It took me six hours to register an accidental death report and three days for the Aarey police to register an FIR. Then it took them another five months to zero in on who was guilty, but they are now out on bail. Every second day, I call up the police station asking why the charge sheet has not been filed yet. They keep saying it will be done next week. It really makes you lose faith in the system,” said Bilhore, adding that he plans to demand a hefty compensation from the guilty parties so that such an incident is not repeated again. “Even the officer investigating our case was changed in between. It seems that attempts are being made to constantly delay the matter. But I will not give up,” he said.

Senior inspector Vilas Chavan of Aarey police station, told Mirror, “It is a case of negligence by both parties. A BMC official and a Tata engineer were arrested but they were released as they had applied for anticipatory bail. The charge sheet will be filed this week.”

When the case was first reported, Additional Municipal Commissioner (Roads) SVR Srinivas had said that the BMC had launched a probe into the matter. Asked about the status of this probe, he said, “Action has been taken against the concerned engineer. We have addressed this case.”

A group of seven citizens started purifying step-wells in the Udhampur district of Jammu & Kashmir in early 2021. It slowly turned into a local phenomenon as citizens in large numbers joined the mission to revive...

Rita Maker from  Mumbai has been upcycling plastic bags into mats, bags, clutches, baskets and potholders. She also runs a DIY Youtube Channel to inspire people to crochet plastic and do their bit in tackling the ever...

Don't be shy, get in touch. We love meeting interesting people and making new friends.