Story of whiz kid, Devanshi Khetrapal, a literati who’s love for literature is changing the tale of her life everyday

And in this big world, I sit in my room,  Safe and secure, under this blanket I own
I hear those leaves calling me with their soft rustles,
I look at that man aspiring for the skies in the city’s bustle
I watch those lovers run through the meadows;
I touch that nest housing new born sparrows.
Far, afar, my thoughts travel
with my words, stories unravel.
Dreams and realities, I combine
sitting in my room, I still feel the warmth of sunshine.
I feel, I touch, I fly, I drown
and in this big world, I create a world of my own.”

Anyone who has ever put pen to paper to transcend oneself to a realm, where the irregularities seem to fade and an unknown logic of the truthful takes shape, can be called a writer. A writer is a thinker who ponders over the details of the known and unknown of the world and comes up with brilliant definitions for them. Such wondrous is their magic that irrespective of age, colour or creed, thousands around them remain mesmerized, influenced and inspired.

One such writer, whose love for the words has eclipsed her age, is Devanshi Khetarpal. This sixteen year old from Bhopal started writing at the age of nine with a fervent desire to become a famous author and see her name in print. Today her beautiful play of words can be indeed seen in print with two of her books, ” Co: Ma, To’ Se “and “Welcome to the Hilltop High “, being published and widely appreciated. Her hard work and some exemplary opportunities of literary exposure has helped her achieve this feat. She attended the Dean Close Summer School, Oxford Prep Experience at the University of Oxford and Cambridge Tradition at the University of Cambridge. She was also the third Indian to attend the prestigious Iowa Young Writers’ Studio 2015 at the University of Iowa. According to her these experiences have profusely contributed in honing her abilities.

“I have never really worried about my ambitions in life but have always given my best during the times when needed and have always received the best in turn.”, says Devanshi

When asked about how she developed her abilities, Devanshi, also an Ambassador for the OxBridge Academic Programs, said that deliberation, coherence of thoughts and most of all blooming love for language has helped her grow as a writer. According to her, one should not read just for the sake of reading but should consider the whole experience as humane, emotional and revelatory.

This sixteen-year old is indeed one of a kind, a real treasure for this world and will always be. Her love for writing is indeed a foreword to the tale of thousands, who have eternally yearned to pour their hearts out and infuse life in the tale of their lives. 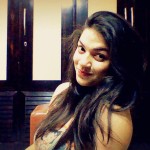 Born in a slum in Pune, Amar Shrirang Pol changed the lives of over 1000 children using education as a tool