A 15 member group of ex-convicts and former drug addicts from Norway have devoted a month of their time to construct a public toilet for the women of Mumbai. The group is aptly named “Back in the Ring” and is led by Alexander Medin, a yoga enthusiast. The project began on 17th February 2017, and was slated to come to an end on 15th March 2017, when the group would have returned to Norway.

The public toilet has been built near the Mumbai Central railway station and would be open for use starting mid-April. It is an effort to bring about awareness of proper sanitation facilities for women, in response to the efforts of certain civic bodies which lead to the poor sanitation facilities for the women of the country. The project is currently being funded by BITR – a Norwegian charitable organization, and by the corporate group JSW. Following the group’s return to Norway, JSW has taken up responsibility for the maintenance of the public toilet. The work wasn’t easy for “Back in the Ring”, with them having to brave severe exhaustion and cases of dysentery, an effect of the climate  and the persistent pollution of Mumbai. One of the members even contracted pneumonia.

It wasn’t easy, recalled Medin to The Times of India, as they would all reach the site at 10am and work straight till 5pm despite all odds. Medin hopes that “Back in the Ring” sets an example and that the story of former convicts coming together and donating their time and money inspires Indians to understand the importance of public hygiene and sanitation. The project is a part of a “karma yoga” practice developed by Medin, and the group has previously constructed public toilets in Goa and Karnataka. 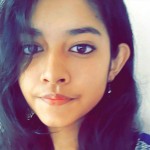 Tamanna is currently pursuing a bachelor's degree in biotechnology, along with a part time job of freelance writing. She has a passion for literature, and a way of penning down thoughts. She is an animal lover, an avid reader, and a proud Bengali.

Drummer girls of Bengal step up with a new beat