It is expected that the production of plastics can double by 2050, causing a disrupt in the marine biodiversity. Eco-friendly inventions are the need of the hour to tackle this global crisis. Lucy Hughes, a product design student from the University of Sussex, created one such innovation known as MarinaTex, a biodegradable and compostable material which is intended to replace single-use plastics. And guess what she made it from? From fish skin. Lucy used to follow BBC’s Blue Planet documentaries about non- biodegradable plastic’s harmful effects and wanted to do something about it. She realized that man-made polymers can become dispensable as nature already has hundreds of natural waste which can be utilized as resources.

Eventually, she found that there’s huge fish waster coming out of the food industry every single day and fish’s skin and scale are flexible yet strong which when combined with biopolymers like red algae can become an active substitute for plastics. She saw the potential of fish waste and worked on it for 4 months, conducting experiments and developing formulas. “My friends and family thought that I was crazy and every day, they had to put up with the smell of fish but I kept going. I knew that the justification of the project outweighed the end product. I realized that I was part of a movement rather than just a crazy person in a kitchen, ” chuckles Lucy.

Use “LUCY’ as code to grab your free print copy of The Optimist Citizen.

Finally, after extensive research, she made a translucent and pliable sheet which can be effectively used for single-use packaging products like sandwich containers and wrappers. It is comparatively stronger, environment-friendly and much more sustainable than traditional plastic. Unlike plastics, it degrades after 3 to 4 weeks and can be disposed of through basic waste management methods. “Plastic is an amazing material, and as a result, we have become too reliant on it as designers and engineers. It makes no sense to me that we’re using plastic, an incredibly durable material, for products that have a life-cycle of less than a day, ” said Lucy Hughes.

Plastic pollution has become a growing threat to the inhabitants of earth and life without plastic is unimaginable nowadays. From manufacturing spaceships to food packaging, plastic is a necessity. The world produces 300 million tons of plastic every year. According to a 2017 science advance paper research, out of all the generated plastic, only 9% of waste was recycled for the past 5 decades and the remaining 91% wander in oceans and rivers, ultimately affecting the marine life. This floating toxic is choking our water bodies and around 267 marine species have been subjected to plastic pollution.

Lucy Hughes received the James Dyson Award, an international design award that encourages young design graduates, along with a cash prize of £30,000 which she plans on using it for commercializing of MarinaTex. She also won the John Lewis Loves award at New Designers as the best graduate designer. Hughes acknowledges the ocean as an invisible element which doesn’t have a voice of its own and believes that people need to be the voice for the ocean which produces 70% of Earth’s oxygen. 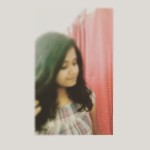 How a Bangladeshi Youth started the country’s biggest virtual School